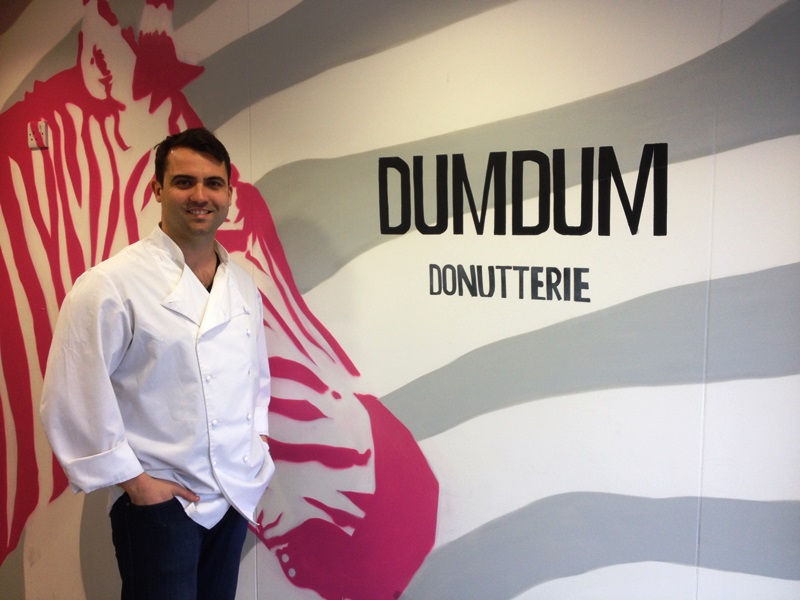 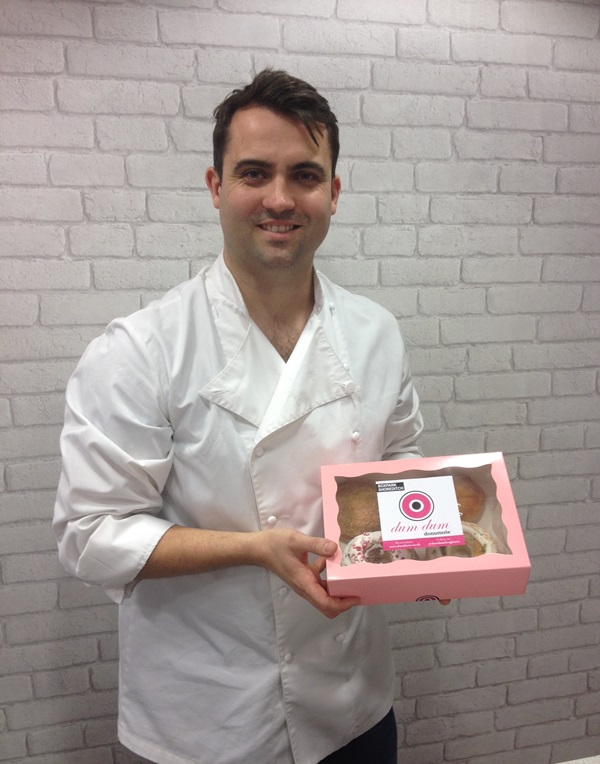 Paul is more than just a little obssessed with doughnuts.

Yet, out of this obsession has grown a business – based in Box Park, Shoreditch  – which sells some of the best doughnuts you will ever taste. Move aside Kirspy Kreme, the Dum Dum Donutterie is the new king of the hill.

Dum Dum Doughnuts was founded by Paul Hurley, who set out to create “The Best Doughnut in the World”. Paul’s team of Donuttiers are pastry chefs or apprentices who have a passion for food. He says, “We are an independent British company that offers high quality, natural artisan doughnuts that are uniquely baked fresh every day.”

…and you can tell. 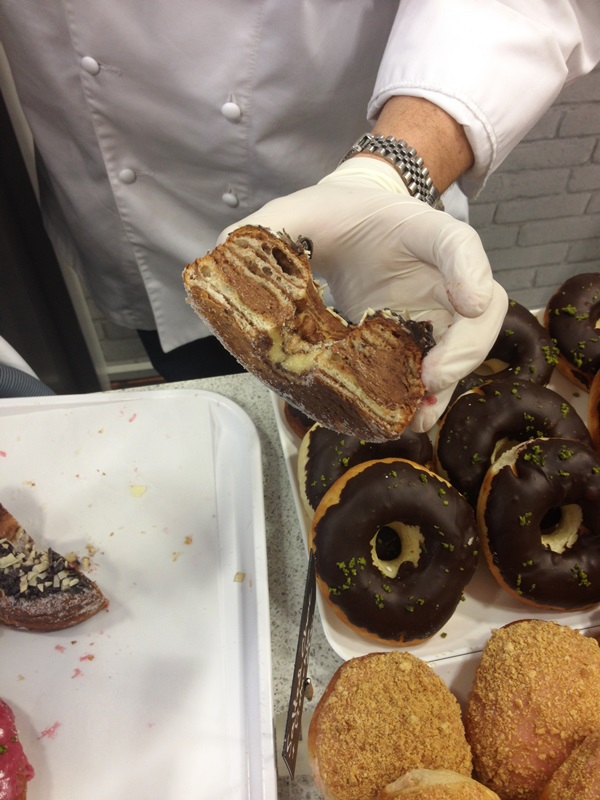 For me, the real difference is in the way the doughnuts are made – baked rather than fried, so they are instantly healthier. Paul says that his doughnuts contain about 100 less calories than the average doughnut. They also use vegetable oil rather than palm oil, so where as some doughnuts can be heavy or greasy, Dum Dum doughnuts are light, fluffy and even a little bready.

Don’t get me wrong, a Dum Dum doughnut will never be a healthy weight loss option. The look of guilt on the faces of Paul’s customers (and there were quite a few) as they filled boxes to bursting with doughnuts, said it all. However, if you are going to indulge yourself you might as well do it with style and despite the name, Dum Dum doughnuts are pretty darn classy.

“Why bake doughnuts rather than deep fry them? Because they are better!” Paul Hurley. 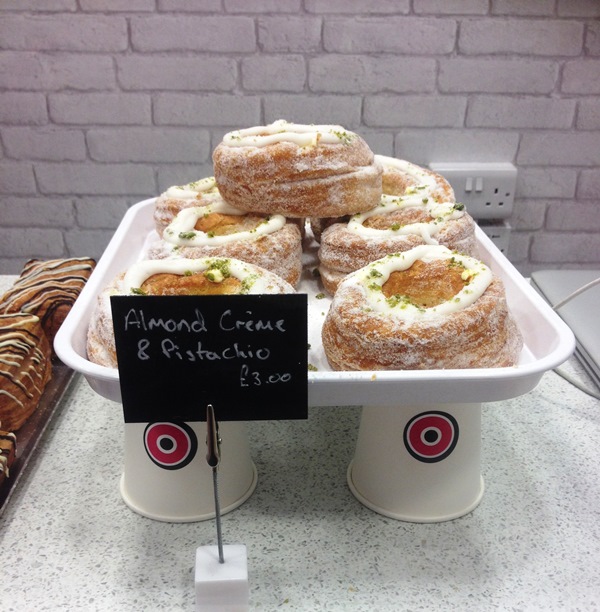 Far be it from us to review a doughnut without tasting one first.

I opted for an almond ring doughnut (almond crème with fondant and fresh pistachios) which was covered in a swirl of light cream. Despite it’s intricately layered icing, the doughnut was neither overly sweet nor heavy. In fact, it was dangerously moreish! And this is the danger of Paul’s doughnuts. With so many doughnuts to choose from, one will never suffice.

As my one taster doughnut turned into 4, I can’t help but think that Paul must have been judging my gluttony – even though he assured me he was not.

Be warned, a visit to the Dum Dum Donutterie will require an elasticated waist. 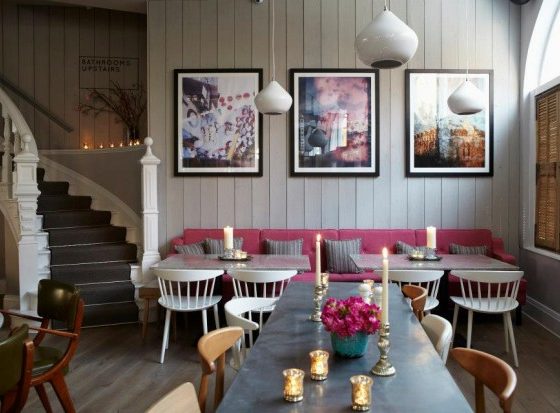 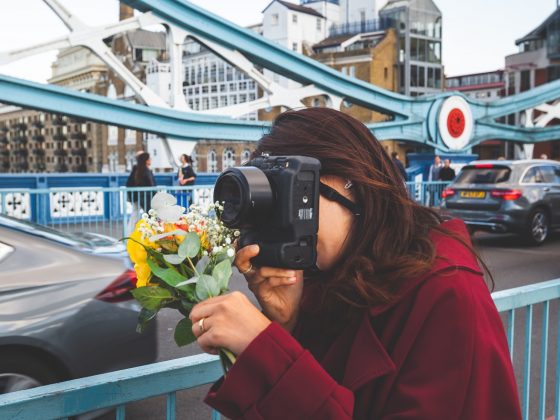 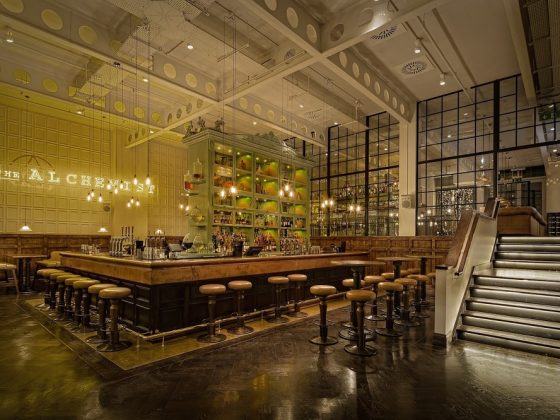 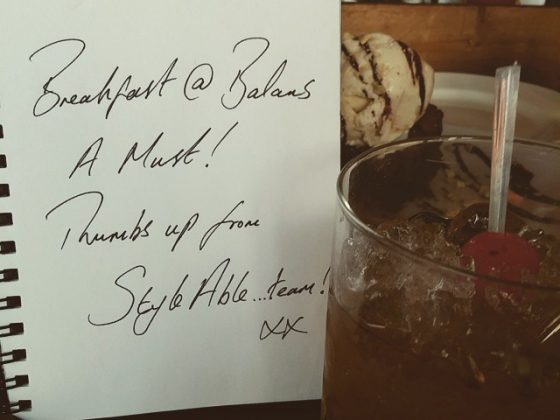 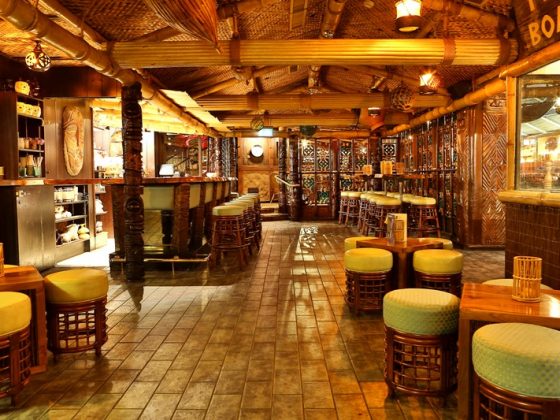 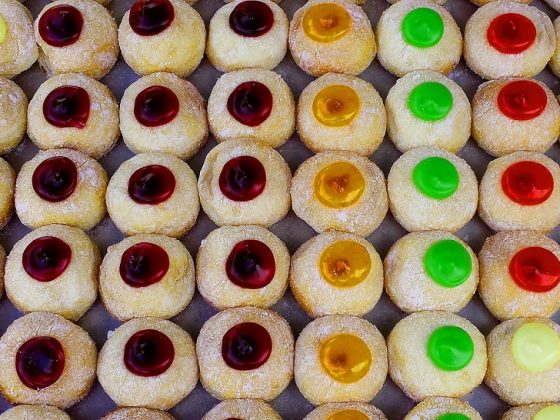 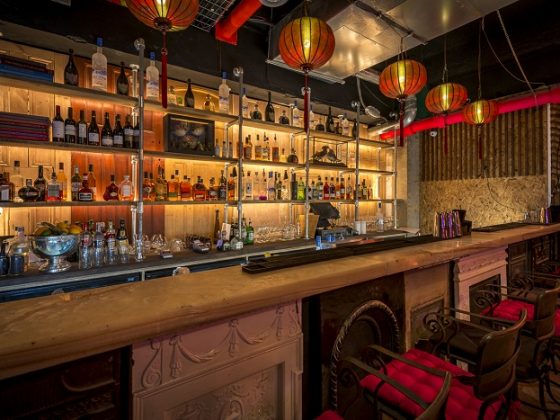