Running is one of those exercises that some blind people and partially sighted people may often find hard to get started with. Something which is a cheap and easy way for a sighted person to get fit and lose weight, requires so much more planning when you have little or no sight – such as how to find a good guide runner, how to plan a route or how to get the confidence to just get the running shoes on and hit the track solo. Linn Martinussen spoke to Ultra Raise runner Simon Wheatcroft whose passion for running was greater than the fear of not being able to do it… 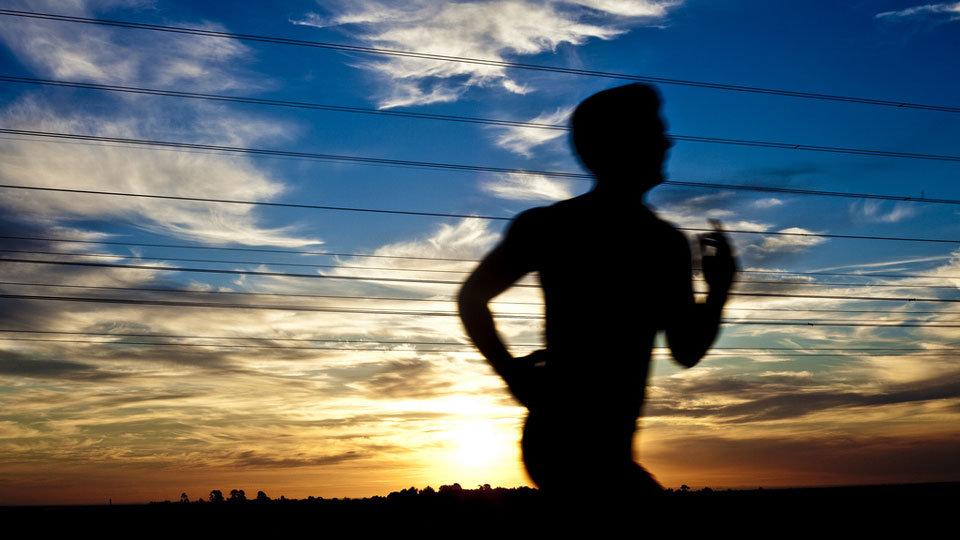 How did you get into running?

I have always been into exercise and did weight lifting for a long time. However, I decided about a year ago to take up running as a way to improve my fitness. I started running with a guide runner. It was a little off and on, but I eventually had to start running on my own when my guide runner was no longer available. 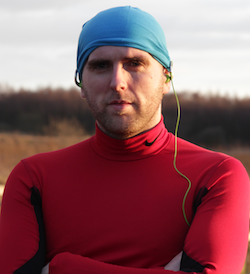 How much can you actually see?

I don’t have any central or peripheral vision and I can’t recognize colours or see anything at night. I can sometimes see the difference between pavement and grass, but that’s not always the case. I can usually see bus stops and timetables, because they are white, or some kind of dark location marks.

How did you get the confidence to start running by yourself?

I started with a football field near me. I positioned myself between the two goal posts and started running back and forth. However, the dog walkers eventually became a disturbance because they expected me to move.  As I couldn’t generally see them it became increasingly hazardous so I decided to find another route. I live near an airport, and at one point they were doing road works, so I could run quite safely on the closed roads without having to worry about cars. Before I started running a route, I walk it and get familiar with dips in the ground, bus stops and any other marks.

Do you always have to run the exact same route every day?

I have changed my route a couple of times, but the more I know a route, the more confident I am. My current route is five miles long, but I make it seven by repeating the hilly parts. I also get more variation so I don’t get bored of running the same route all the time. I have five different route sections. One day I run section one a few times, the next day section two or four the next. It’s more mentally challenging and exciting to run the same distance and combine the different sections.

Have you ever bumped into anything on your route?

Yes, I have run into posts and bushes and I have stumbled and fallen, but 99% of the time, this doesn’t happen.

You recently ran 100 miles in the Cotswolds to raise money for SightSavers International. What made you decide to do that?

I decided to do it because I thought it would, and indeed proved to be a great personal challenge. Although running for charity had never crossed my mind before, I thought it might be a good idea to combine something I love doing with raising money for a good course.

100 miles is a very long distance. How did you manage to keep going?

It was hard at times and after 30 miles I was ready to stop and give in. But I persuaded myself to just keep going. A distance like that is actually more of a mental challenge than a physical one and the main key to crossing that finish line lies in the brain.

Wow, do you have any plans to do something similar in the future? 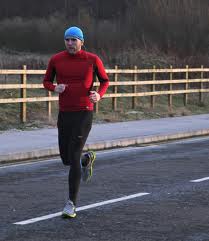 I’ve got a few coming up, the shortest being 5 KM and the longest 50 KM.  After that it will be off season so I may just run some shorter ones.  In January 2012, I’ll be running the first leg of the Ultra Raise championship which runs through till October.

Do you only compete with other blind runners?

No, the great thing about running is that you can compete with anyone, lack of sight doesn’t make you slower than someone who’s fully sighted. Every long distance runner will have a pacer, someone who runs next to them – maintaining your planned pace over such long distances is essential. I don’t hold on to my guide when I run, when I feel secure I just run alongside her and I always know where she is because we’re chatting a lot of the time. When I feel a little anxious or confused she will slightly push me if I have to turn right or pull me if I have to turn left. Often, people who feel more comfortable holding on to something use a shoelace to stay connected with their guide.

What would you say to blind people who would like to start running, but who may not have the confidence to do so?

If you can, get a treadmill. They are great for building up fitness and confidence. Some treadmills can also connect to your computer via a program which allows you to plan very detailed routes using Google maps for example. The route and inclines will be replicated on the treadmill without you having to do anything. I am hoping to roll out a national program which will encourage blind people to start running by linking them up with guide runners. There is already an initiative in Derbyshire with a group of blind people there. If anyone has specific questions about running techniques, I am happy for them to get in touch. There are also some good apps like RunKeeper, which I use and can recommend.

Finally, you have had a TV commercial made about you. What was that like?

Filming the advert was surreal.  I couldn’t believe I had created enough interest to star in a TV commercial.  The filming was also a great experience and hopefully how I run will translate well to film. There will also be a short 3 minute mini documentary airing next year around the 2012 Olympics.  I am incredibly thankful for the opportunity and I hope it highlights how anyone can overcome barriers and compete in sport.

To read more about Simon or to get in contact with him, visit www.andadapt.com and email simon@blind100.com. 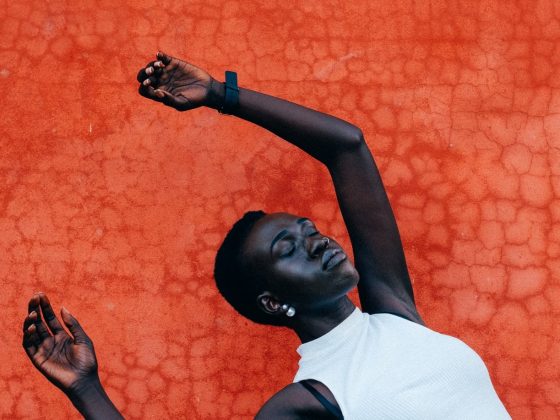