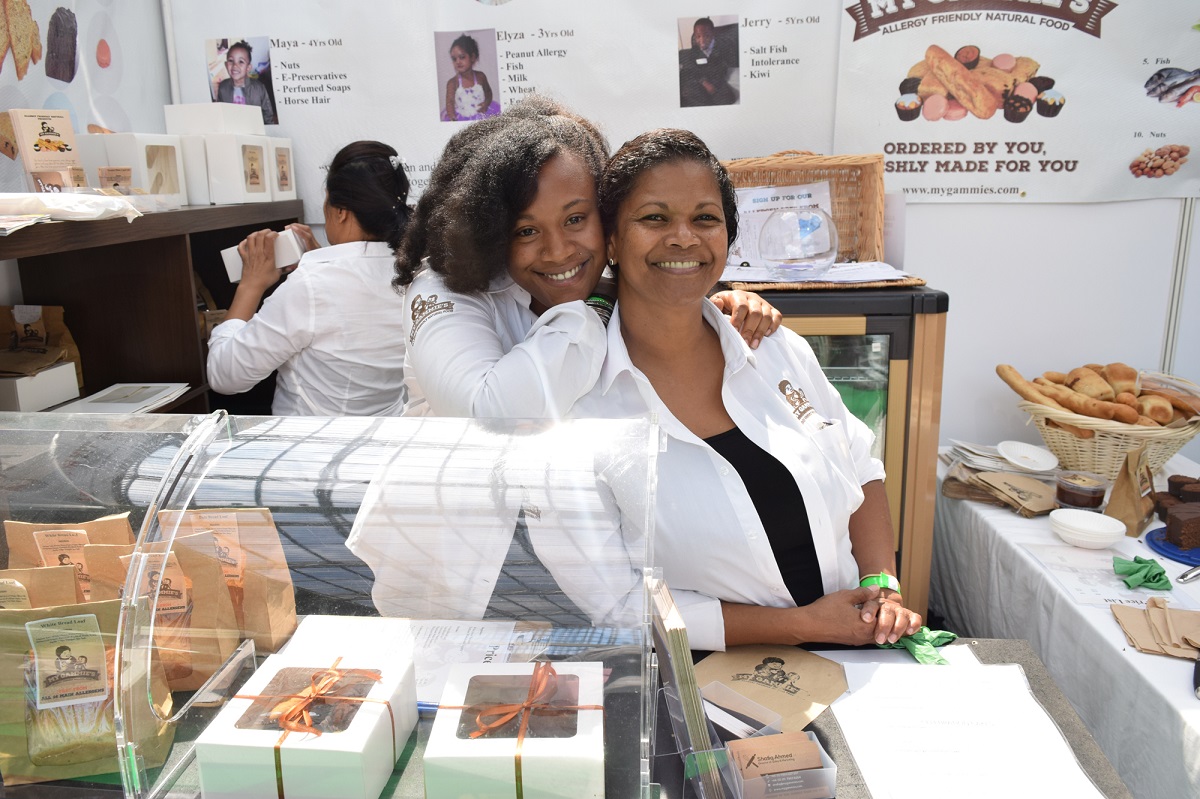 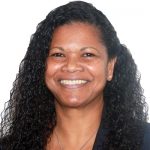 Five years ago, my 2 year old granddaughter experienced her first anaphylactic shock due to ingesting peanuts in a packet of snacks. After that experience, she went without bread and cakes for a year. By Marie-Anne Rasé

Being intolerant of other allergens, there was hardly anything on the market suitable for her. I launched My Gammie’s, a free-from vegan bakery, having established recipes and regularly baking for my granddaughter due to the lack of suitably safe allergy-friendly store options. I  was also eager to share my baking in a bid to help other families in a similar situation.

When you have allergies and food sensitivities, the impact of reoccurring risk, worry, social exclusion, lifestyle adjustment, lengthy food preparation and other limitations can hugely affect a person’s quality of life on a daily basis. Today, many supermarkets have jumped on the multi-allergen friendly bandwagon.  Who would blame them?  The market share is growing not just with those that have a food allergy or intolerance but also with those who choose to avoid certain allergens for other reasons – gluten being a major one that many people avoid.

When it comes to baking, removing gluten and other allergens brings its own challenges including taste, texture, feel and visual appeal. Don’t worry, you can still bake beautiful, tasty and allergen free foods. I

Superfoods:  The ‘Steroids’ of allergen substitutes for breads and cakes

So you have removed milk, eggs, butter, gluten, nuts and so on – great news for us allergen sufferers, though not so great news in terms of the nutrients of substitutes.  Take wheat flour for example.  There is no one single non-wheat flour (that I know of) that can replace its wheat equivalent. So you mix flours and starches like tapioca, potato, rice and so on.  Whilst they have their own level of nutrients, they also bring quite a bit of starch and carbohydrate in the mix.  My advice is to introduce superfoods to boost the nutrients of breads and cakes. 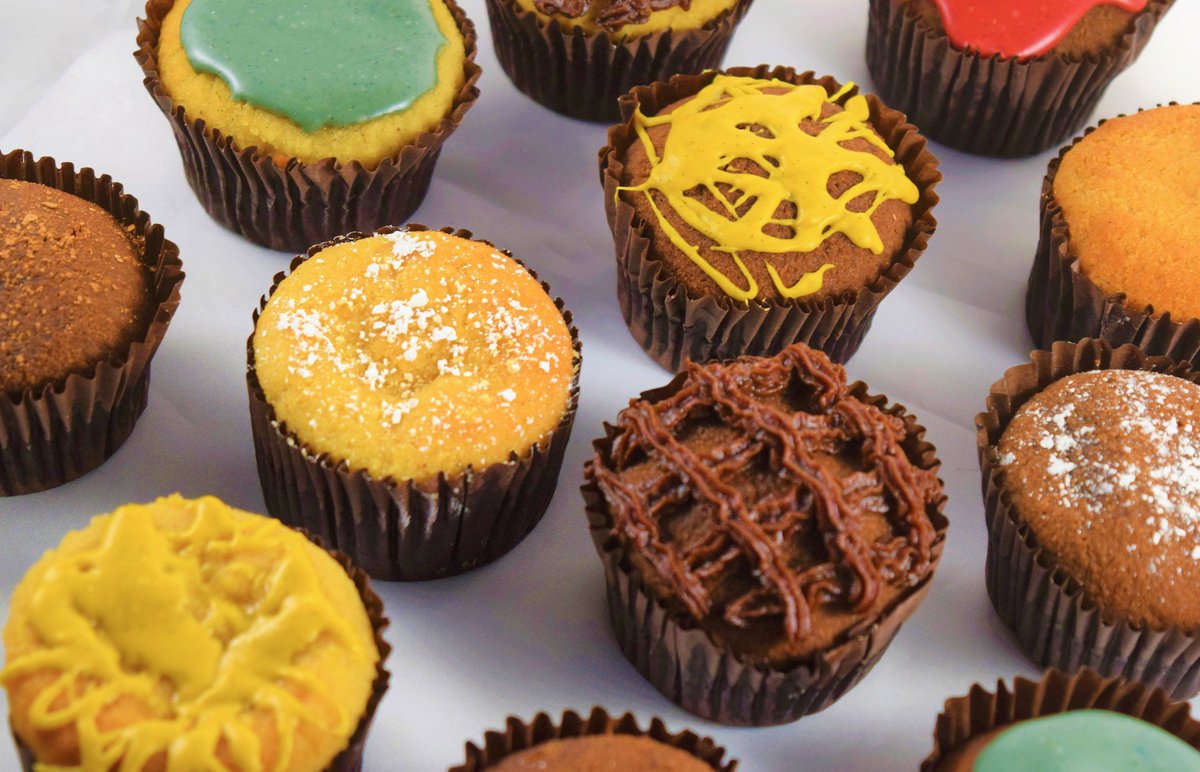 Those little tiny black seeds that look similar to basil seeds are rich in Omega-3 fatty acids, anti-oxidant, iron, calcium and fibre.  They have become very popular here in the UK being used in breakfast pots, smoothies and other meals. The seeds swell up when placed in liquid and thicken within minutes.  Used in bread and cakes, not only do they add their ‘steroid’ style nutrients, but they also add texture and colour to them.

I love these!  I find it fascinating that when you soak them in some hot water, they soften and their taste sweetens drastically.  I make my own Goji Berry bun and loaf and it is a firm favourite.  They are rich in antioxidant to boost the immune system and beta carotene to improve skin.

I have known of flaxseed all of my life.  In Mauritius, my homeland, we use it quite a lot. We boil it with barley to eat after a heavy night of booze or heavy food.  It refreshes the system.  I am so glad that it is so popular here as well now.  I never knew of its benefits, even though we would drink it regularly.  It is rich in omega-3 fatty acids and other minerals and vitamins.  I use it to reduce menopause symptoms.  It can also be used as a binder when making breads and cakes. 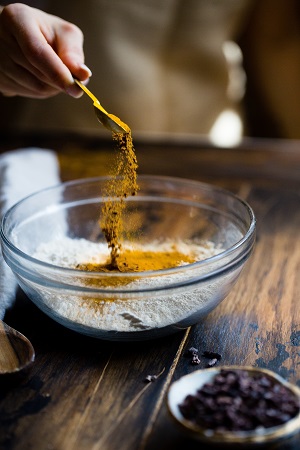 Another one of my favourites!  It is almost like a miracle yellow powder.  Again, this is an ingredient I have been brought up on, but I am only now learning about its properties and benefits.  It is anti-inflammatory and can be ingested as well as used externally.  Try it as a golden milk drink using non-dairy milk (of course as we are currently talking about non allergens) with cinnamon and ginger.  It adds a beautiful colour and taste in breads. Go easy on the measurement though as too much turmeric will be overwhelming on the palate.  I bake a turmeric bun and loaf, just like the Goji Berry ones.

Wow! What a superfood.  This one has Omega-3, is antioxidant, has several vitamins, minerals and fibre and has a high protein-to-carbohydrate ratio.  I bake a loaf that is made only of quinoa with no flour added.  It is a favourite amongst many.  Be mindful that quinoa has its own natural carbohydrate so it is not just protein.  Quinoa is equivalent to Marmite – you either like it or you don’t.  That said, you can get used to the taste.  I add it to other flours to make rotis and I have customers who are totally addicted to those.  It changes the texture and taste of bread and cakes and gives them a richer look.

Of course, there are other superfoods out there.  The ones I have mentioned are what I use a lot in my baking so that my products are not only tasty but also nutrient rich to complement the allergens that are left out.