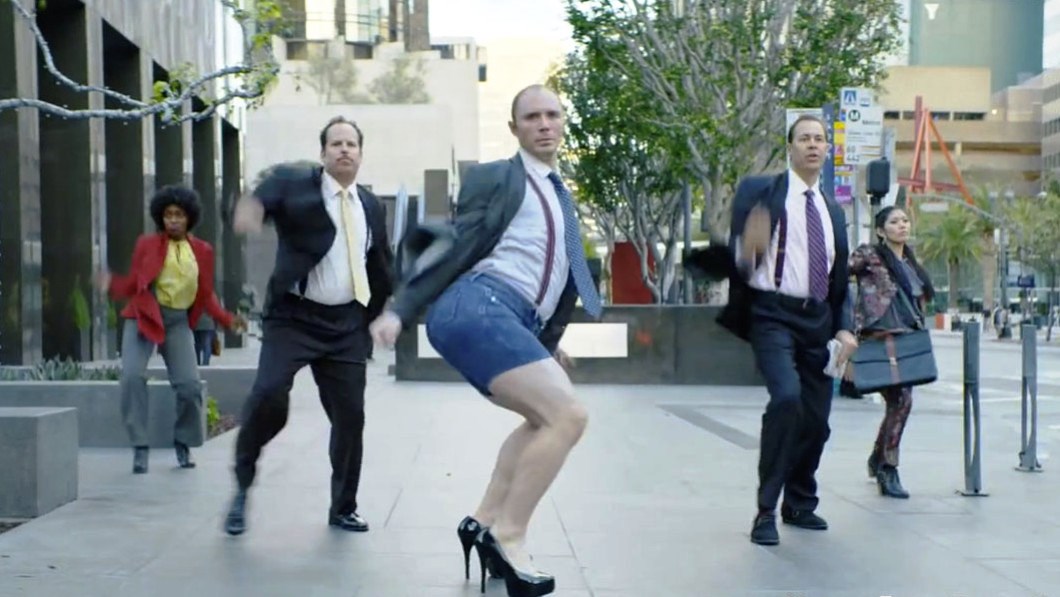 By now you should be so familiar with the two words ‘epic’ and ‘strut’ that your mind immediately conjures up an image of Dave. You know, THAT guy with the twerking booty in the hot pants and skyscraper heels. Yep, that’s Dave – proving that men can twerk just as well as women. Whether they should, now that’s up for debate. By Reef Choudhury 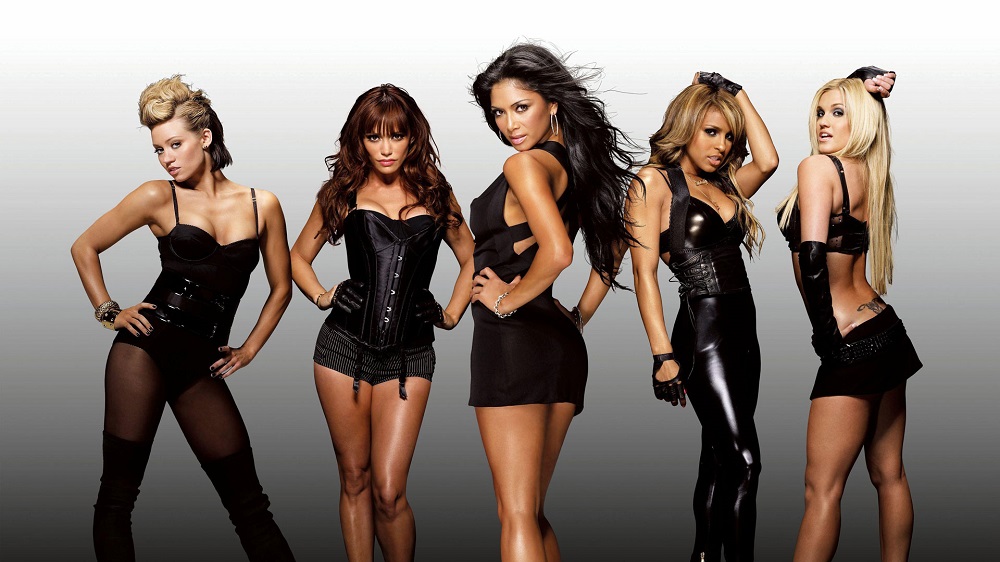 The commercial from moneysupermarket.com features a business man strutting around to Pussycat Dolls “Don’t Cha” in black stiletto’s and a pair of super tight denim hot pants that accentuate his curvilicious Kim K-esque derriere.  It’s supposed to explain that ‘epic’ feeling someone has after they have saved money on insurance. And there is something very epic about being able to strut in heels like that and ‘slut drop’ smoothly without falling flat on your ass!

When I first saw it, I couldn’t take my eyes from the screen – for two reasons. 1.There was a man in heels and he was wearing hot pants that left very little to the imagination 2. He had some serious moves – shaking his thaang like that in heels is no mean feat. Simply put, it made me laugh and I liked that.

Not everyone shares my views. 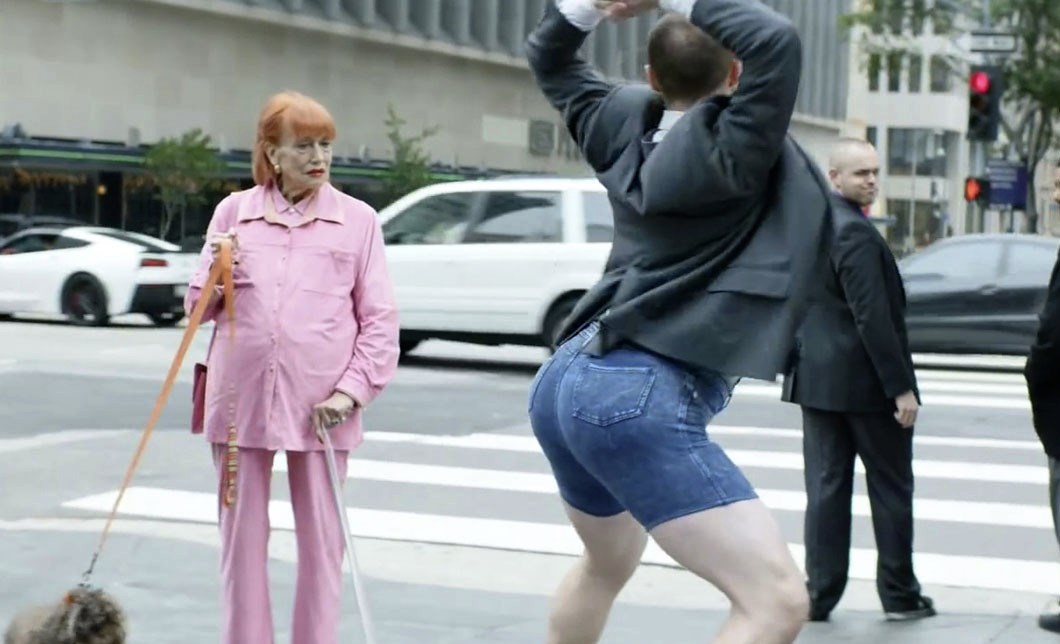 Too many of the people I spoke to said the ad “freaked them out” or they felt “awkward” watching it. But why? Was it because it was a guy shaking his booty in something skimpy and (for once) not a hot girl? Tough luck.

Love it or hate it, this ad from Moneysupermarket.com has certainly got tongues wagging and (as long as it’s not offensive) isn’t that the point of a commercial?

Ok, so maybe it isn’t a particularly sophisticated ad, but Dave made me stop, stare and chuckle and for that he gets a big thumbs up from me.  What’s more, I am totally in awe of him being able to strut in heels better than me!

What did you think of Dave? Is this ad a hit or an epic fail?

So, is that Dave’s real butt?