“How I apply make-up without sight” 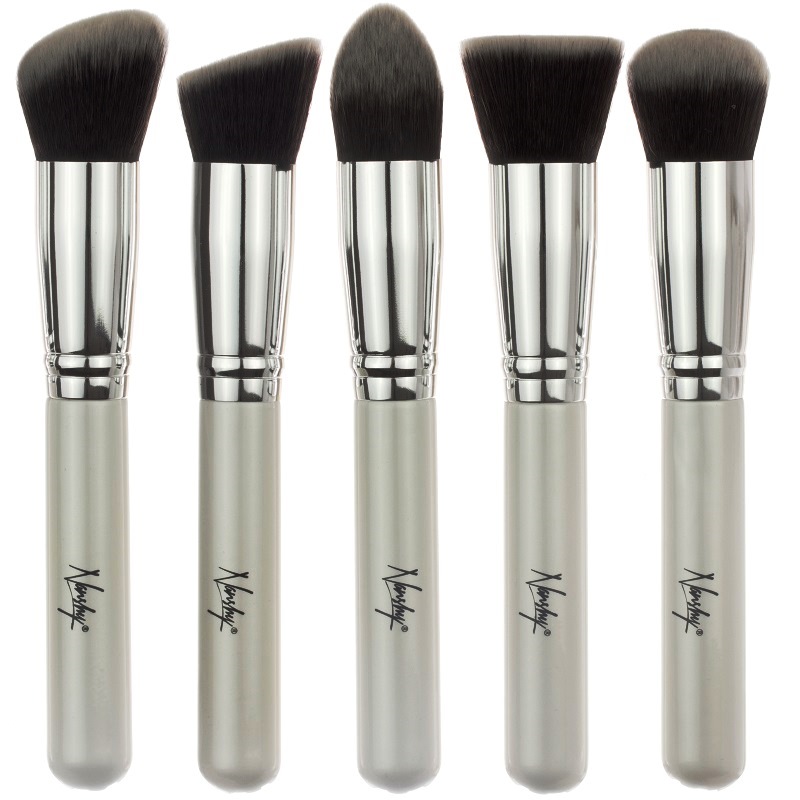 “Do I really have to wear makeup?” It was an early Friday morning, and in a couple of hours, I was due to meet the man who had dumped me out of the blue the previous week (to give him back the stuff he had left at mine). “You look like Carrie in that scene from the first Sex and the City movie when Mr Big abandoned her at the altar,” my friend replied cheerily whilst applying her own makeup. “And how’s that?” I sighed. “Pale. And though it’s not possible to hide that you’ve been crying and hardly eaten for the past week, you want to look beautiful in suffering and not just suffering.” At that I had to giggle. She was right. But even though I am in my 20s and care about my looks, makeup is just one of those things I never felt truly comfortable with.

Up until recently, I didn’t fully understand what makeup did. I accepted that it involved different powders of different colours, which you put in different places on your face to look pretty. But apart from “It makes you look awake” I didn’t really see the point. Wasn’t it better to look natural and just sleep enough?

I always understood the point of mascara and lip-gloss for some reason. Perhaps because they are a little more tactile. You taste the gloss on your lips and your eye lashes stiffen with mascara. Not that I ever really use mascara. Not since I discovered eye lash tint at the age of 13. It’s perfect if you can’t see, because it’s just there all the time. It doesn’t smudge, you don’t need to do anything and your eye lashes are nice and soft. It is also applied professionally in a salon, for not too high a price.

I experimented with makeup in my teens like most girls and I grew increasingly frustrated when the eye shadow and rouge were applied in too much or too little quantity or got spilled on my face in places it wasn’t supposed to be. I didn’t dare go out unless somebody looked me over. So, eventually, I decided to be all natural except eye lash tint and lip-gloss and get help doing my makeup for parties just to make me look more awake and pretty.

Another thing which made the world of makeup so impossible was all the different opinions of my friends as to what I should wear. “You don’t need anything except what you naturally wear.” One would say. “A little bit of rouge and a nice eye shadow and you are good to go.” Said another one. “You should wear face powder and stick with your tint and gloss” a third one said.

But then, I started my master’s degree and got in touch with the woman who became my secretary and reader. Eventually we also became friends. Understanding that I was quite visually clued up she eventually suggested I started using makeup. In fact, she was the one friend who persuaded me to put makeup on before I went to meet my ex.

When she approached the subject of makeup, I was immediately on the defensive. I told her how hard and confusing it was and how great I reckoned it was to look natural. Instead of arguing with me, she gradually reintroduced makeup into my life. And she reassured me that I would look natural all the way.

Since it was summer, she started by getting me a colour correction (CC) cream. Not really a foundation (which I refuse to use because it’s bad for the skin), but more like a naturally tinted moisturizer that evens out the complexion. I practiced wearing it until I managed to apply it perfectly without getting it into my eyebrows. And this is now my day cream.

Then, she introduced me to face powder. She carefully explained how I was to start from my forehead where my hairline is, and brush the powder down the right side of my face close to my ear. When I reached my cheek, I was to pull the brush forward towards the middle of the cheek before going backwards again and down to underneath my chin. I was to repeat this multiple times before switching to the left side. “The powder makes you look like you’ve been in the sun and doing that movement on your cheek creates an effect that your face is narrower,” she explained. When I finished on both sides, I was to dab some powder on my chin, nose and just under the eyebrows – the place where the sun hits the face when you go out. Before continuing on with the rouge, I was to blend the powder into my skin using my fingers.

For the rouge, I was told to smile so that my cheekbones stuck out and make circles with the brush. Every now and again, I was to draw the brush up from my cheekbone in an arch over my eye brows, never losing contact with my face. I also had to repeat this a few times on each side, before blending with my fingers.

I have done this routine almost every day for a while now and I’m getting used to it. I am still not a hundred per cent confident that it’s perfect when I walk out, but I got good help finding the right colours for my skin tone and unless I go crazy on the rouge, the makeup is fairly idiot proof and natural looking. The worst that can happen now is that I put on too little.  As important as getting someone I trusted to get me the right colours, the right makeup brushes are also essential. I chose a big round one for my powder and a slimmer one for the rouge.

If you are blind or partially sighted, when you get used to applying makeup in this way, it’s advisable to do it when you can have a sighted person to look at you for the first consecutive days. Figuring out how many times you need to apply the brush on the pallets for example, is all about trying and failing and it’s good to have a pair of trusting eyes around until you get it right. I also recommend a compact face powder rather than a powdery one. My friend is also trying to get me into wearing eye shadow. Funnily enough, that was the one thing I thought I did well in my teens and earlier twenties. But now, I admit defeat, at least for everyday use. At present I find it a little too stressful so I save it for special occasions. Only certain mousse eye shadows are easy enough for me to put on without spilling under my eyes or on my nose. As for understanding why I splash powders onto my face, I can say that after I got on my new makeup regime, I get more male attention if only in passing. Even the teenage boys, who would act a little awkwardly when I used to pass them, are almost falling over themselves to help me now. And I’m not joking. I still don’t understand how a little powder can make such a difference, but who am I to complain? 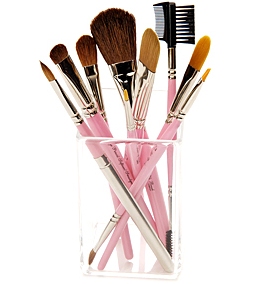 “You look stunning.” My makeup was done and I was ready to face the man who had broken my heart. “He isn’t going to be able to take his eyes off you.” My friend continued. And the meeting? Well, I think the way I looked that day had an effect on him. Actually, I know it did.

CC cream, sun powder, rouge, lip-gloss, blue black eye lash tint and eye shadow for nicer occasions. I also use a good night cream which I apply after washing my makeup off at night.

What are your makeup tips?

1 thought on ““How I apply make-up without sight””